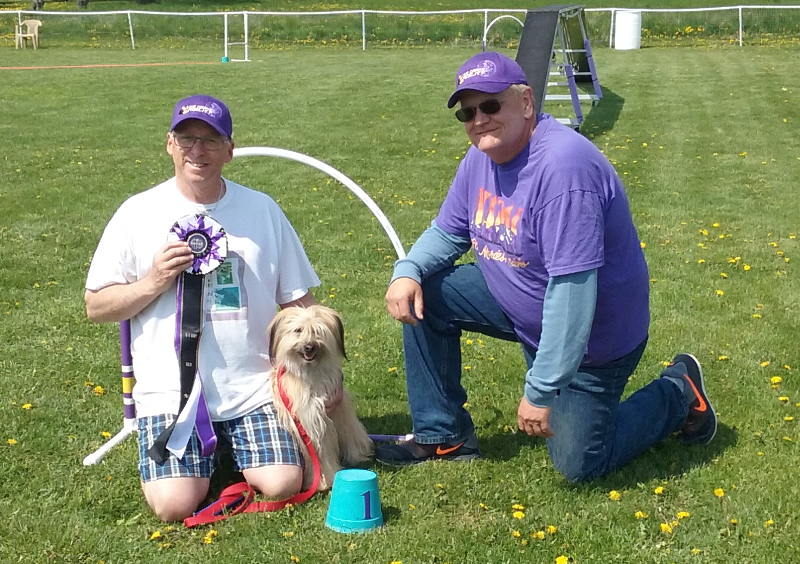 Congratulations to K9 Corps Agility Member Leo Fuerst and his great new agility partner Doux on completing their first NATCH at our Season Opener by going two for two in Chances on Sunday!

This team started running agility in January of 2015, took first place in pre-Elite at the NADAC Championships just 9 months later, and now after less than 16 months, they have earned the first of undoubtedly will be many NATCH awards.